Buy a feature phone which is small and easy to carry.  It's a mobile phone type that has all the features of calling and messaging. Shop the latest feature phone with button-based input and a small display.
Sort By
Filter Sort By 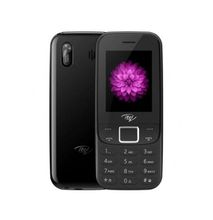 Are you on budget and wondering which mobile phone to buy that meets your needs and also satisfy your pocket? A feature phone is your key answer. A feature phone is a mobile phone that retains the form of earlier generation phones.
In Kenya, feature phones are commonly known as Kabambe, and they are mostly considered a thing of the past. It’s basically a phone that allows you to only a voice call or text message. In addition to voice and text, a feature phone will enable you to enjoy multimedia features and basic phone games.
Even though these devices are a thing of the past, they have not lost their appeal to many users. Most people prefer them because they are handy, affordable, and durable. Besides, they are very simple and easy to use and can be very convenient for elderly people.
If you are on a limited budget or just lost your smartphone and need a way to call and text loved ones, then a best feature phone for cheap may be the best and most affordable option. Look no further; Jambo Shoppe brings you a broad category of the best cell phone deals in kenya that will give you an almost similar experience to a smartphone.

Ideally, a feature phone is less expensive than a smartphone and is best suited for those who want a phone that operates on multiple functions but is not willing to pay higher prices that come with a smartphone. A basic feature phone will have a backlit LCD screen, a micro USB port, a microphone, a micro SD card slot, and a primary camera to capture pictures and videos.
Some of the advantages of buying a feature phone include its price, which is often less compared to a smartphone. They are always damage resistant than most smartphones, and they can also retain battery life than most smartphones. Having said this, most feature phones even have the capability of working as smartphones as they are inbuilt with a multimedia player and several applications.
Jambo Shoppe, the best electronic shop in Nairobi, is your one-stop destination to buy cell phones online. With Jambo Shoppe, you can purchase a good feature phone from the catalog and avail incredible discounts and deals at reasonable prices that suit your budget.

Suppose you need to buy feature phone online right away. In that case, there are numerous options, including a Nokia phone such as a Nokia 216, which gives you a camera, an MP3 player, a torchlight, and the ability to access the internet. Needless to say, it has a stupendous battery life, offering 22 hours of talk time and 24 days of standby time.
Other brands that are also available, including Samsung, are also available. Among the top-selling Samsung phones include Samsung Guru E1200, which is a reliable phone that is extremely pocket friendly. However, you don’t get too many features, except for a flashlight.
Some of the cheapest feature phones you can find online include the Intex Yaari that costs less than a decent meal. It’s not high on the feature but fulfills its bare minimum responsibility of making and receiving calls. Shopping for a feature phone from Jambo Shoppe is a lot simpler and convenient.
Just visit the Jambo Shoppe website, check out the vast number of feature phones, and choose your favorite. Jambo Shoppe is not restricted to feature phones alone; you can also discover cheap smartphones that can suit your budget and are of high quality. Don’t be left, shop on Jambo Shoppe, the best online shopping store in Kenya, ad explore the latest smartphones sourced from the best brands out there.